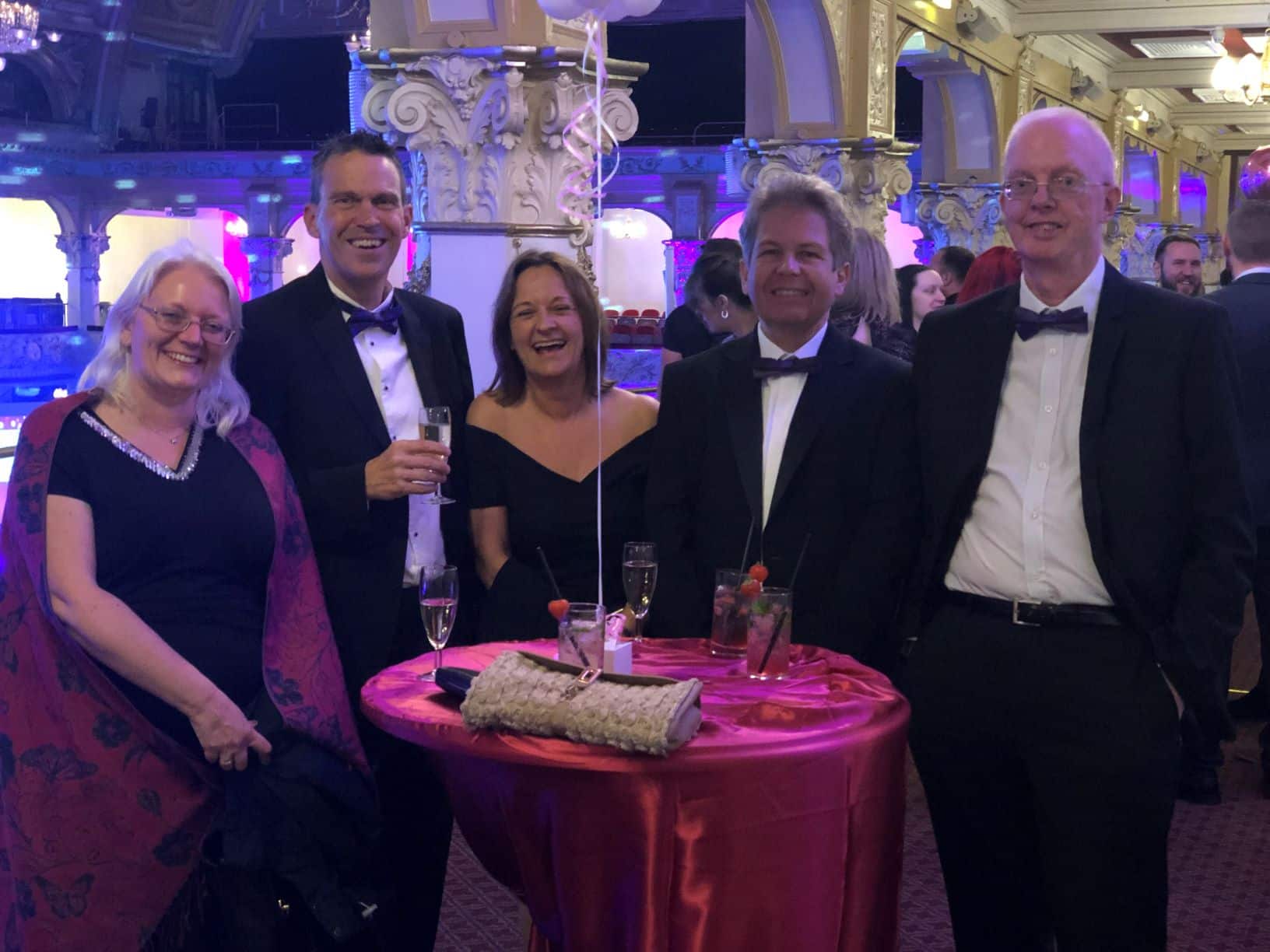 Well, we didn’t win, but boy did we have a blast!

Last Friday we closed the office early, with a minibus picking the team up at 12:30 to head to Blackpool. Sarah had just landed in Manchester at 11:00am after an amazing day and night spent with the Freshwalks team in Belfast, but thankfully everything was on time and there were no problems. The drive up was in some of the heaviest rain we’ve had for a long time, and we were all thinking that tickets for Blackpool tower for a drink with some views perhaps wasn’t the best idea.

Thankfully by the time we got there and checked in (for those of you interested btw, the IBIS in Blackpool does not accurately reflect the pictures on its website 😂) it had brightened up.

So after a couple of cocktails at the top of the Tower, Theo conquering his fear of heights and Rourke showing us all up as only an 18 year old can do, it was back to base to get ready.

And the IN Team scrub up pretty well if I do say so myself!

We had a VIP table booked, so that meant early arrival upstairs in the Wintergardens. The venue has huge and decked out beautifully. The meal was fantastic, the craic was ninety (as we say back home), and the awards were well done and didn’t go on too long!! No, we didn’t win, with that honour going to a mortgage adviser from Blackpool, but it was such a great experience I don’t think anyone cared.

The team were the first on the dance floor and the last to leave, and a few even ended up in a club until 3am (you know who you are). I just can’t believe that Rourke managed to play football for Stockport Town first team the next day!!

Thank you and goodnight Blackpool – Here’s to our next adventure…

Love this @A_B_Jones! Have a fab day with the wonderful @freshwalks folks x

Bruce Springsteen to President Trump: “I’m going to start out by sending one to the man sitting behind the resolute ... desk,” he said. “With all respect, sir, show some consideration and care for your countrymen and your country. Put on a fucking mask.” #EStreetRadio